Chipotle is the first major fast-food chain to roll out vegan entrees! If you didn’t know, “vegan” means the food contains no animal products, including cheese, eggs or honey! Chipotle Mexican Grill, already uses organic ingredients and naturally raised meat and now they have taken a major step toward leading the fast-food industry into vegan food stuffs! 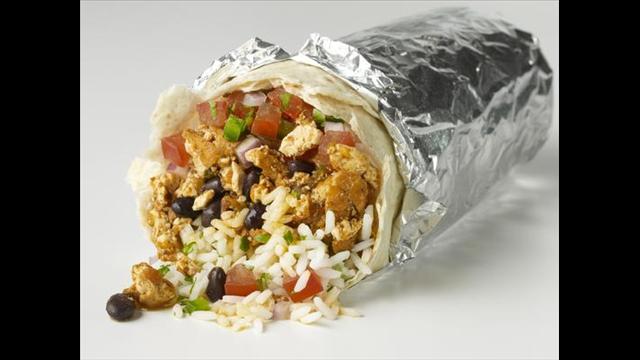 Chipotle located in the Pacific Northwest will begin selling Sofritas – shredded, organic tofu that’s braised with chipotle chiles and roasted poblanos and served in burritos, tacos or bowls. Price: about $6.50.

Until now, the vegan dish had only been offered in its California locations. Now, it’s extending the rollout into its restaurants in Oregon, Washington and Vancouver, Canada. And, if it’s a hit, the vegan rollout could eventually go national to all 1,450 of its restaurants.

“We’re considering additional markets this fall,” says Chipotle CEO Steve Ells, who says the biggest issue is supply. He says that Sofritas already account for 5% of sales in its California stores.