An 11-year-old soccer fan attending a match starring none other than, Cristiano Ronaldo, exited the venue with a broken arm after the pretty boy baller sent a wild power-slice free kick, directly into the crowd. 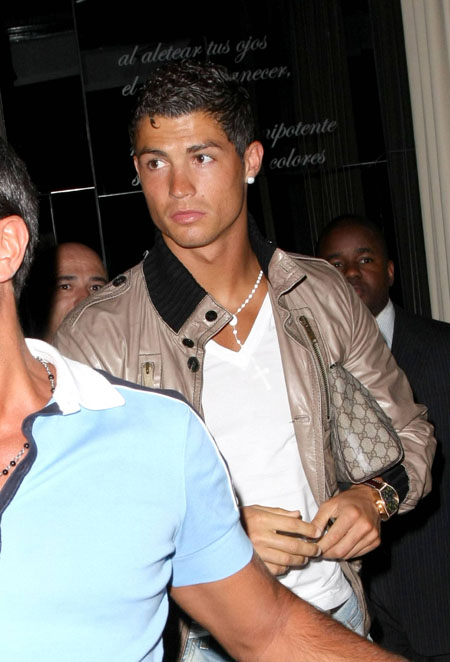 Charlie Silverwood successfully blocked getting smashed in the face, but the wayward kick ended up breaking his arm, X2, as in a double fracture!

It all went down during a game between Real Madrid and AFC Bournemouth.

Charlie will now spend the rest of the summer in plaster, while Ronaldo, 28, stayed in for the remaining 84 minutes of the game.

Being a kid, Charlie thinks getting crushed by Cristiano’s ball was his lucky day..

‘I’ve told friends and they cannot believe it. Ronaldo is the world’s most expensive player – and he broke my arm,’ Charlie told a local mag. ‘I could see the ball coming towards me. It curled past the post and was going to hit my face – so I had to block it with my hand.

Turns out the crazy kick could have really been meant for dad,

‘My dad was sat next to me and ducked out the way so I took the full force.’