A group of schoolboys have decided to protest a school ban on short by wearing skirts to class!

10 boys at Whitchurch High School in Cardiff sought to trade in their school uniform for something with more air up the center.. Girl’s skirts! 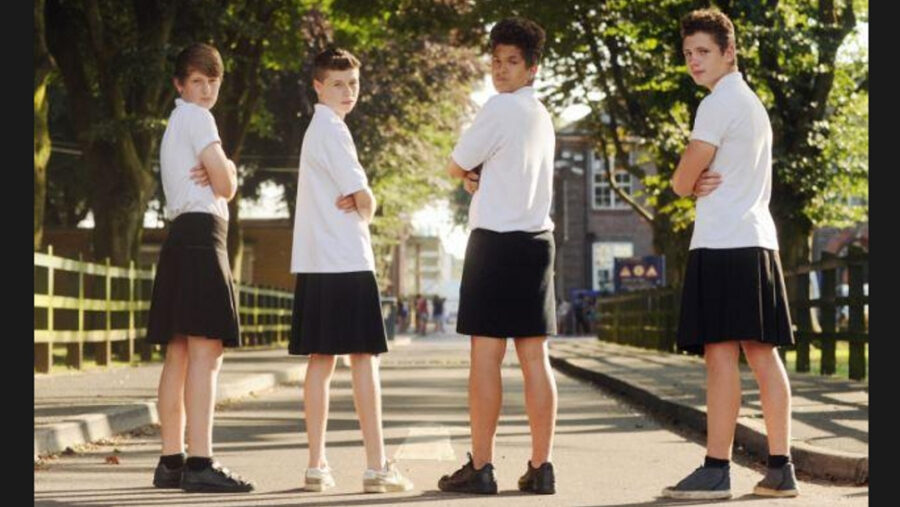 “Over the last few days I’ve had a few headaches and skin irritations because I’ve been too hot,” said 15-year-old Tyrone Evelyn. “Girls can wear skirts, so I don’t see why we can’t wear shorts.”

Evelyn and his group of friends decided to turn turn up the heat on school officials by taking donning skirts while pointing out there is nothing in the school code that prohibits it!

During a break the kids snuck into the restroom and changed into girl’s skirts.

Evelyn and the rest of the skirt-wearing seventeen marched up and down the school haalls chanting “we want to wear shorts.”

One the headmaster caught wind of the new fashion statement, he demanded they switch back to trousers or risk disciplinary action.

They were left with no choice but to comply..

But the boys’ protest is far from over: The next phase involves penning a strongly worded letter to the student council in hopes of revising the uniform policy by next summer.

“People have obviously indicated that they would want to wear shorts,” headteacher Huw Jones-Williams told the Wales News Service. “We are always keen to listen to our students.”

For now, the “strict uniform policy” will be enforced, but Jones-Williams said he will “monitor the weather conditions” to ensure students aren’t overheating.