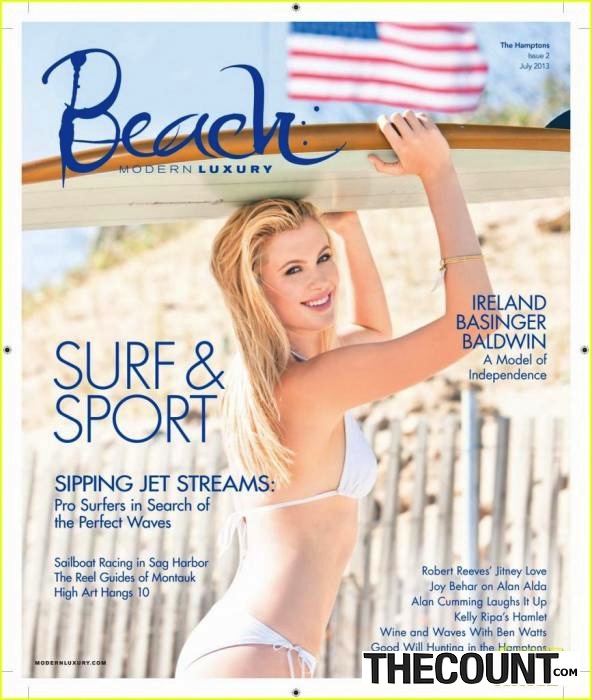 Wearing what else, a bikini, Baldwin looks good on the cover of “Beach magazine” July issue.. She told the magazine that she loves surfing, paddle-boarding and wine.