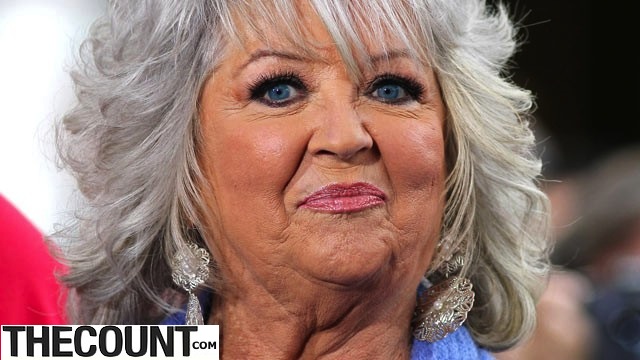 Here are the highlights..

Lawyer: Have you ever used the N-word yourself?
Paula: Yes, of course.

Lawyer: Okay. In what context?
Paula: Well, it was probably when a black man burst into the bank that I was working at and put a gun to my head.

Sidenote — Paula was held up at gunpoint during a bank robbery in 1986.

Lawyer: Okay. And what did you say?
Paula: Well, I don’t remember, but the gun was dancing all around my temple … I didn’t — I didn’t feel real favorable towards him.

Lawyer: Okay. Well, did you use the N-word to him as he pointed a gun in your head at your face?
Paula: Absolutely not.

Lawyer: Well, then, when did you use it?
Paula: Probably in telling my husband.

Lawyer: Okay. Have you used it since then?
Paula: I’m sure I have, but it’s been a very long time.

Lawyer: Can you remember the context in which you have used the N-word?
Paula: No.

Lawyer: Has it occurred with sufficient frequency that you cannot recall all of the various context in which you’ve used it?
Paula: No, no.

Lawyer: Well, then tell me the other context in which you’ve used the N-word?
Paula: I don’t know, maybe in repeating something that was said to me.

Lawyer: Like a joke?
Paula: No, probably a conversation between blacks. I don’t — I don’t know. But that’s just not a word that we use as time has gone on. Things have changed since the ’60s in the south. And my children and my brother object to that word being used in any cruel or mean behavior. As well as I do.