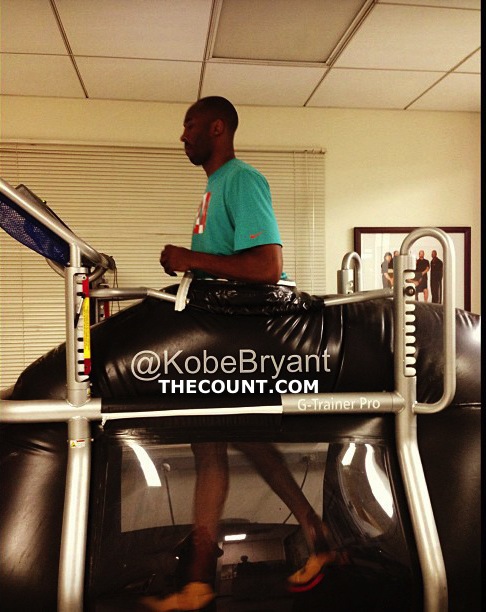 The Black Mamba tweeted out this Instagram picture walking on an anti-gravity treadmill wearing some “Medical Mamba” shoes that were specially made by Nike.

“Walking in my “medical mamba” shoes made by Nike in 2 weeks with extra support for the Achilles #alterG #bootoff!”

A lot of people think that Kobe faked his injury just to get out of the season early so he could begin resting for next season. Well after all he is named after a snake.