Mermaid hoax! Animal Planet’s “documentary” on mermaids garnered a huge audience, of believers, but now those same folks are crying foul after the show turned out to be a hoax. 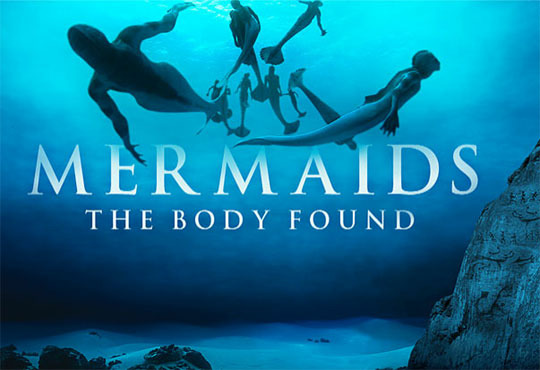 The fake documentary, “Mermaids: The New Evidence,” drew in 3.6 million viewers, many of who believed hook, line, and sinker that the facts presented were true. But Charlie Foley, the “Mermaids” creator, writer, executive producer and senior vice president of development for Animal Planet, spilled the truth earlier this week.

“I wanted the story to appeal to a sense of genuine possibility, and incorporating real science and evolutionary theory and real-world scientific examples — such as animals that have made the transition from land to sea, much as we suggest mermaids did — and citing real, albeit controversial theories like the Aquatic Ape Hypothesis, grounded it,” he told Mother Nature Network. “Using a straight, documentarian approach made the story more persuasive by appealing more to a sense of intellectual possibility as well as emotional possibility.”

There was even reportedly a disclaimer in the credits at the end of the show, stating that it was science fiction.

Those who were duped by the show and believed that mermaids were real expressed their disappointment on Twitter.

“Mermaids: The New Evidence” is a follow-up to last year’s wildly popular “Mermaids: The Body Found,” which generated almost instant social media fodder. That, too, was revealed to be a “mockumentary.”