Just to see the look on the robber’s faces when they realized that their getaway car, GOT AWAY! Thanks to a fast thinking Burger King employee who noticed the vehicle running in the parking lot.. 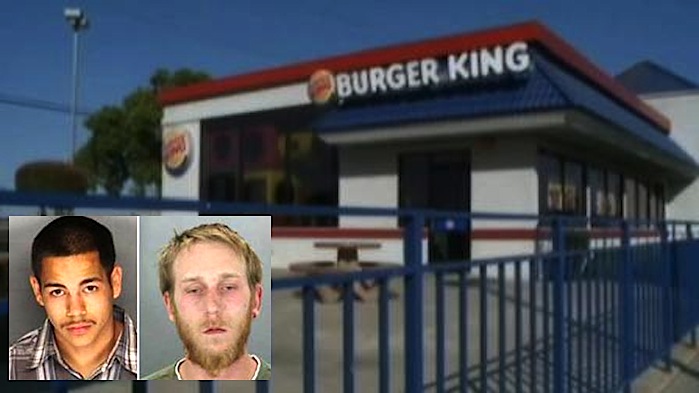 It went down last night in Stockton, Calif., after two armed robbers raided a Burger King restaurant but were caught by surprise after an employee hid their getaway car and left them stranded!

Stockton cops said the two men robbed the fast food chain at gunpoint. During the robbery, an employee slipped out and noticed the suspects’ getaway car running. He hopped in, drove the car around and hid it. Instant classic!

The panicked suspects, later identified as 19-year-old Gabriel Gonzalez and 23-year-old Jeremy Lovitt, fled to a nearby field but were shortly arrested. Source.

Busy Stockton Police said the incident is a first for them! Like nothing they’ve seen before! Then they made the standard recommendation that robbery victims comply with the suspects’ wishes for their own safety! But you gotta it when the good guys get it their way!

I’m sure BK brass will see it fit to fire this kid..

Dues were apprehended were charged with armed robbery.