MASSIVE GUNK COVERED Asteroid Hurling Toward Earth on May 31

It’s 1.7 miles long. Its surface is covered in a sticky black gunk akin to the bottom of a very old and well used barbecue. And it’s hurling toward earth to make a “fly by,” May, 31st, 2013. 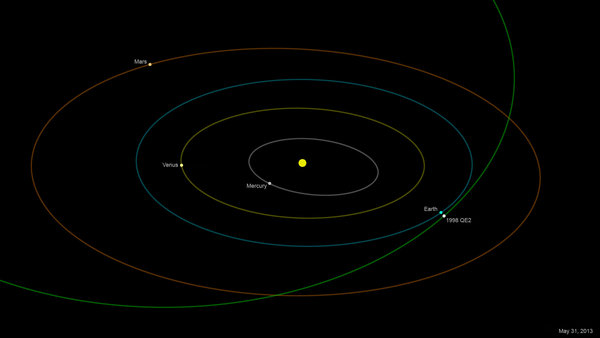 Scientists are not sure where this unusually large space rock, which was discovered 15 years ago, originated from. But the mysterious sooty substance on its surface could indicate it may be the result of a comet that flew too close to the sun, said Amy Mainzer, who tracks near-Earth objects at Jet Propulsion Laboratory in La Cañada Flintridge. It might also have leaked out of the asteroid belt between the orbits of Mars and Jupiter, she said.

BTW, if it did impact Earth it would probably result in a very bad day for a BBQ, i.e. global extinction.

Good thing it is just making a flyby.