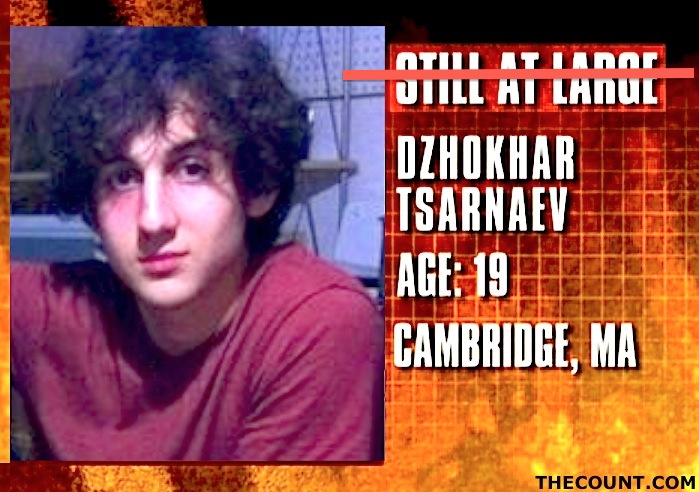 A disturbing story appearing in this morning’s edition of TMZ detailing teen girls that are using Twitter and the hashtag #FreeJahar, to show their support for the living Boston bombing suspect.. Kind of like a reverse Justin Bieber, he don’t sing, he don’t dance, but he certainly will fry..

Not everyone hates Boston bombing suspect Dzhokhar Tsarnaev — in fact … and disgustingly … there’s an ever-growing legion of teen girls who think he’s kind of a babe. Using the hashtag #FreeJahar, thousands of teens have been tweeting their support for the younger of the two bombing suspects, says the NY Post. The paper spoke to one girl who said she planned to get one of Dzhokhar’s tweets — “If you have the knowledge and the inspiration, all that’s left is to take action” — tattooed on her upper arm. Another girl — who tweeted last month “Yes i like Justin Bieber and i like Jahar but that has nothing to do with why i support him. I know hes innocent, he is far too beautiful” — told the paper she feels “like he’s my brother.” There’s a Facebook group dedicated to freeing the alleged terrorist that has more than 6,000 followers. Other sites and message board threads dedicated to Dzhokar boast fan fiction … and even fantasy sex scenes.

I too would like to show my support for the younger of the two Boston bombers, when you get all betters, I’d like to take you on a nice boating trip..