In a fall from grace that can only be compared to MC Hammer, hip-hop mogul Damon Dash, a past solider and stedfast partner of the current reinging rap mogul, Jay Z, is reportedly BUSTED BROKE! Court documents made public illustrate the fallen mogul’s imminent eviction from his mansion in suburban Carmel, N.Y. Dude don’t have a pot to Pi** in! 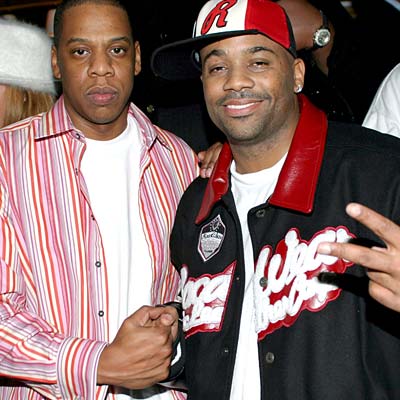 “I am currently several months behind in paying my personal bills,” he wrote Tuesday in the 5-page filing. “For instance, I am currently over $100,000 behind in rent for the only home in which I live and at risk of being evicted.”

Dash got devastated in a pair of HUGE multimillion-dollar LOSES related to his Tribeca lofts that also ended up in foreclosure in 2010, along with with a $7.3 million left on the massive mortgages.

This is kind of crazy because this dude was a platinum-selling producer, and a partner of Jay-Z’s in his Roc-A-Fella Records and the Rocawear clothing line! Dude and once boasted ruling a $50 million empire!

You know what they say, easy come, easy bro.