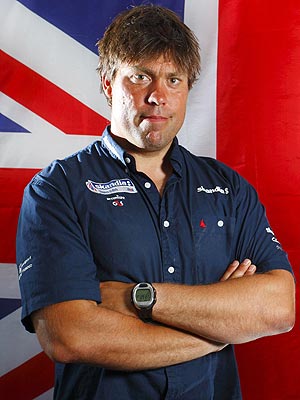 Andrew won gold in 2008 and a silver at last year’s games.. He was asked by Artemis Racing to try his hand at yachting’s top prize – the America’s Cup.. But that was not to be..

Artemis Racing said doctors “afloat” with the team and on shore were unable to revive Simpson after he was freed from the wreckage. The other sailor suffered minor injuries, and the rest of the crew of about a dozen people was accounted for and taken back to their dock in Alameda. . Officials said winds were blowing between 15 and 20 knots (17 to 23 mph) when the boat capsized. The National Weather Service later issued a small-craft advisory, warning inexperienced mariners to stay off the bay and indicating winds of between 21 knots and 33 knots. People

Our thoughts and prayers go out to Simpson’s friends and family at this most difficult time.