Oh my goodness! Poor little Dannielynn, Anna Nicole Smith‘s little surviving daughter! She looks so plastic! I get the feeling that she’s being turned into one of those weird little pageant kids! Larry Birkhead planned the whole weird photo opp just for this years’ running of the Kentucky Derby. A function mother, Anna, was no stranger. 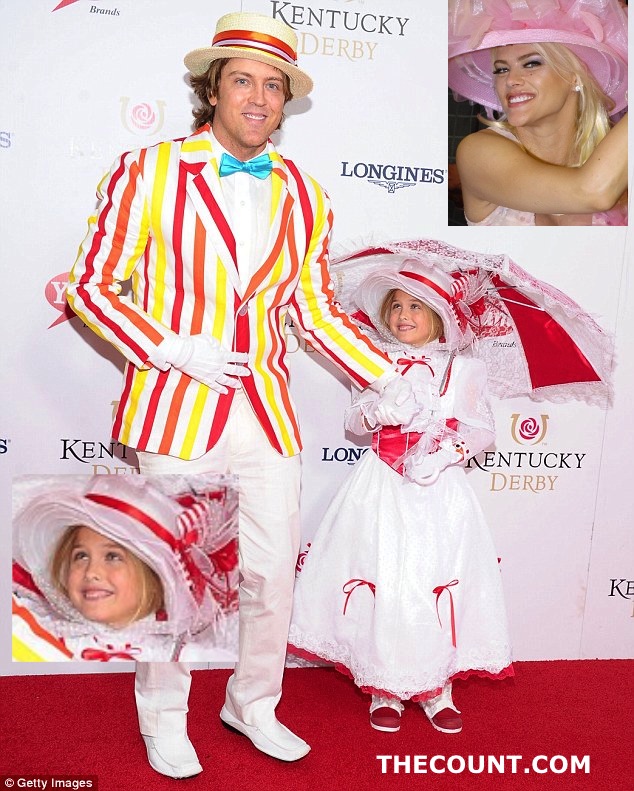 I’m sure little Dannielynn had a blast, but I just hope it was her wanting all that exposure – and not Birkhead.. 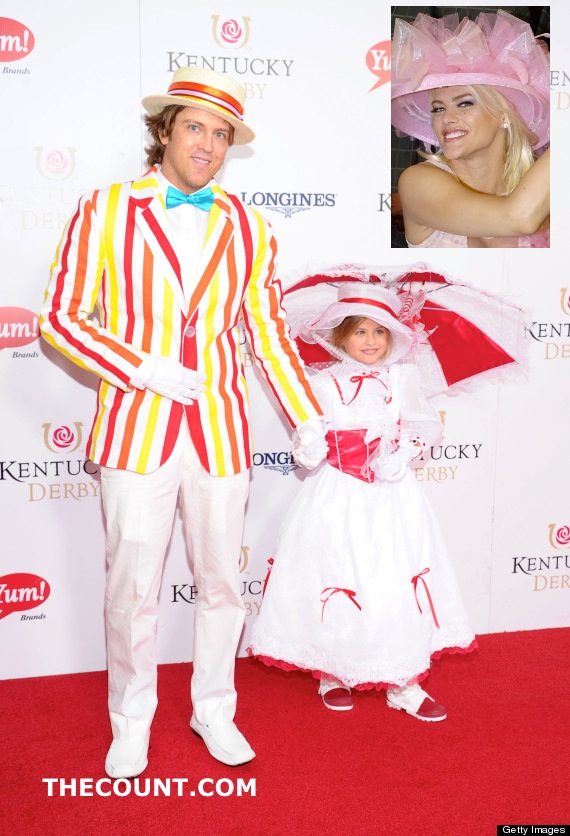 Truth be told, mom, famously stole the show back when she attended the 139th Kentucky Derby in May 2004, but ever since that moment and then her death in 2007, is it such a good idea to be dragging this kid back through all that memory of mess?

Oh well, whatever, the whole thing just reeks of obsession and that dirty old money.