Talk about cringe worthy. An Indian stuntman died after attempting to break a world record by crossing a river on a zip line while hanging from only his ponytail. Cops are saying, Sailendra Nath Roy, 49, also a cop, apparently died of a heart attack while suspended nearly 600 feet above the river in Bengal India. 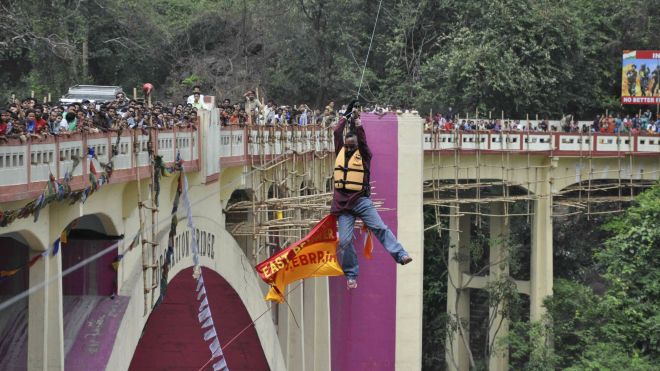 Roy holds the Guinness World Record for covering the longest distance on a zip-line while hanging by his hair. 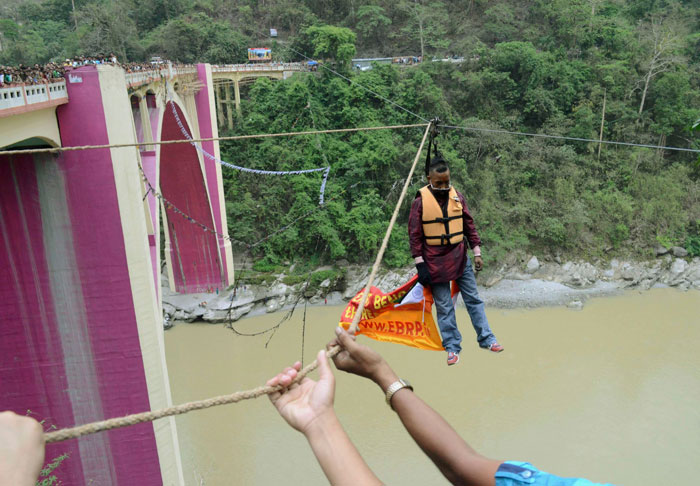 Roy’s shoulder-length hair was attached to a pulley on a wire, and he had completed about half the distance when he suddenly stopped. As a crowd looked on in horror, Roy became entangled and could no longer propel himself forward.

After several minutes, Roy stopped moving and was eventually rescued.

No medical personnel or ambulance was present during the stunt.

He was admitted to a nearby hospital, but was declared dead by doctors after a suspected heart attack.

An autopsy was expected Monday. 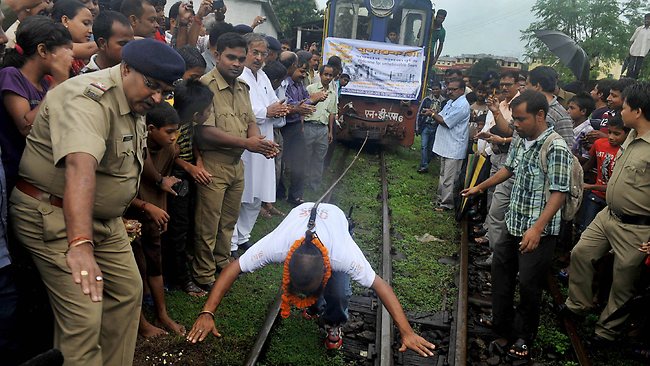 Roy achieved the Guinness World Record after covering 271 feet on a zip-line while attached by his hair in 2011 in Rajasthan, India. He also used his hair to drag a train on the Darjeeling Himalayan Railway.

Roy’s younger brother Benoy, who was watching the stunt, said, “We were proud of his bravery.”