Now I’ve heard it all! Reese Witherspoon was arrested! And on a disorderly conduct charge no less! Really? Are you sure it was a Witherspoon? OH! It was her drunken hubby who caused the star to get pinched! Now I get it.. REALLY REESE? – “Do you know my name?” Witherspoon is quoted as asking the trooper. But that didn’t work because hubby Toth and Witherspoon were both transported to jail. 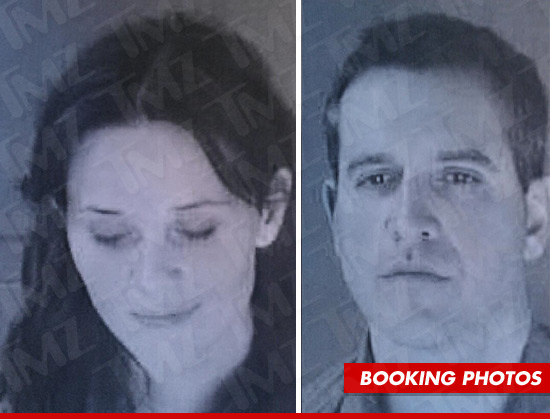 The Cruel Intentions star was arrested after a state trooper said she wouldn’t stay in the car while her husband was given a field sobriety test in Atlanta.

The trooper noticed the car driven by her husband wasn’t staying in its lane early Friday morning, so a traffic stop was initiated. Her husband, James Toth, had droopy eyelids and watery, bloodshot eyes, and his breath smelled strongly of alcohol, according to the report. Toth told the trooper he’d had a drink, which Witherspoon said was consumed at a restaurant two hours before the traffic stop, the trooper writes. Before the field sobriety test began, Witherspoon got out of the car, was told to get back in and obeyed, the report said. After she got out a second time, the trooper said he warned her that she would be arrested if she left the car again. As the test continued, “Mrs. Witherspoon began to hang out the window and say that she did not believe that I was a real police officer. I told Mrs. Witherspoon to sit on her butt and be quiet,” Trooper First Class J. Pyland writes.

Toth was then placed under arrest. He was charged with driving under the influence and failure to maintain the lane. At that point, the report says, Witherspoon got out and asked the trooper what was going on. After being told to return to the car, she “stated that she was a `US Citizen’ and that she was allowed to `stand on American ground,”‘ the report states. The trooper then began to arrest Witherspoon. The report says Witherspoon was resistant at first but was calmed down by her husband. “Do you know my name?” Witherspoon is quoted as asking the trooper. She’s also said: “You’re about to find out who I am” and “You’re about to be on national news,” according to the report.

Toth and Witherspoon were then taken to jail. A message left at the office of Witherspoon’s publicist, Meredith O’Sullivan Wasson, wasn’t immediately returned Sunday. In New York on Sunday, “Mud” director Jeff Nichols said he first heard the news on the red carpet. Matthew McConaughey, who plays the title character and is represented by Toth, declined to comment “because it’s too fresh.” source.