Queen dodges sword! This was a CLOSE call folks! The 87-year-old Queen of England missing getting stabbed by the official state Mourning Sword, which was not been seen in public since the state funeral of Winston Churchill, and by only inches! 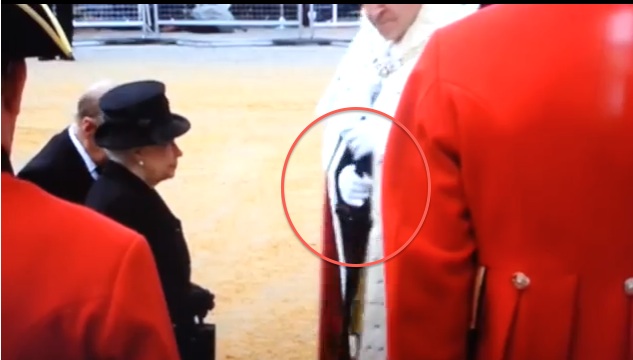 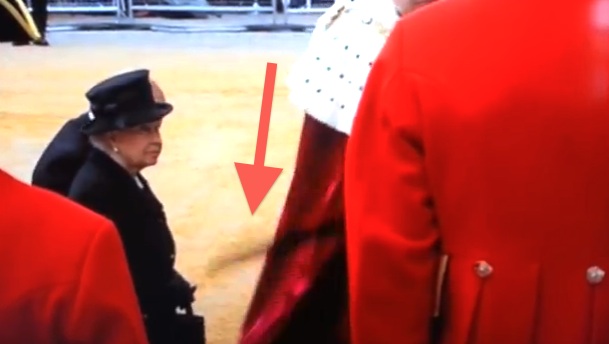 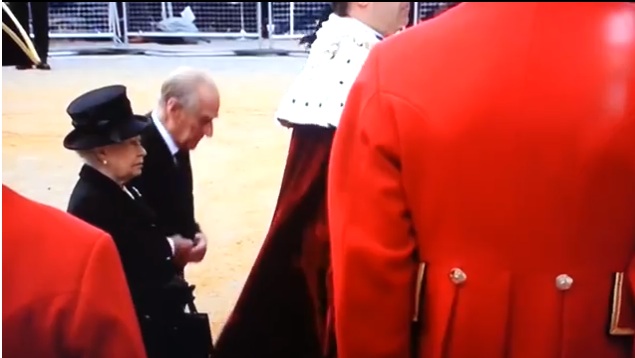 The video shows Queen Elizabeth, who will turn 87 this weekend, moving backwards as a sword got within inches her face. The Lord Mayor was unaware that the queen was so close. News Limited said that the sword got within millimeters of her face, but it doesn’t appear as close as that. In the video, the Duke of Edinburgh turned to her and grinned after the queen jumped back, appeared startled, and glanced toward him.