When the illuminati calls you over to attend a party, you go, that is IF you want to still be rich and famous… But really! Don’t these money hungry sons of bitches make enough of the green stuff? Millionaire Steve Nash was called upon to show up at a rich guy’s Bar Mitzvah! Classically embarrassing! And also proof that no matter how busy you are and no matter how much money you have, when THEY call, YOU show up… 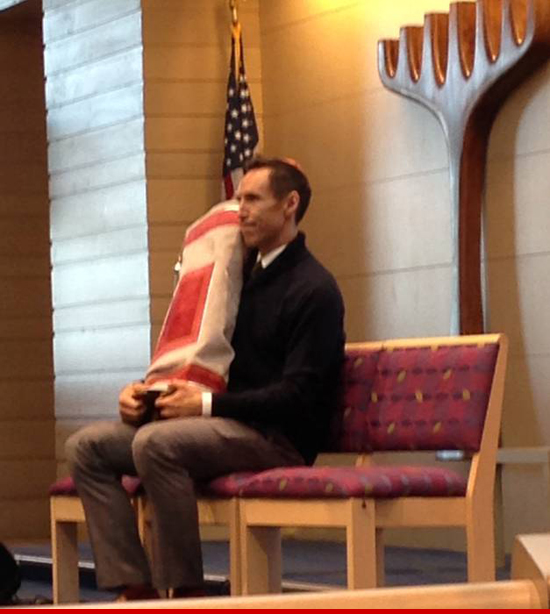 Nash (non-jew) made the appearance at the now-a-man, Mike Feinberg’s (jew) Bar Mitzvah in L.A. last weekend! Thanks to his dad, one of the wealthiest men in the world, his name is Jeffery of the same last name.

Conspiracy theory types will be jumping all over the fact that Nash’s good deed was perpetrated by an obligation to illuminati billionaire George Soros, the wealthiest hedge fund manager in the world.

Mike’s mom is the daughter of hugely successful sports and entertainment agent Bob Woolf… So there may be a connection there. I will say that Steve looks absolutely mortified getting snapped! THX tmz.