For the record, I do not approve of this and I think both of these people should check themselves before they, well, you know the rest… So for anyone thinking that the Selena Gomez and Justin Bieber breakup saga was all for show, the former child star stopped by The Late Show with David Letterman on Monday night to have “that talk,” with Dave, proving she really is single while throwing Justin under the bus… “Now, the last time he [Justin] was on, uh, he and I got into a conversation, and I — he said something and then I said something, and then he said something and I said something, and I made him cry.” Said Dave…

Dave asked the Spring Breakers star if she is dating. “Do you go out and see — seeing boys now?”

Dave then went on to say, “Now, I remember last time you were here, you were with a Justin Bieber?”

Dave laughed. “Yeah, you were with ‘a Justin Bieber.’ And is that — that’s not going on now.” 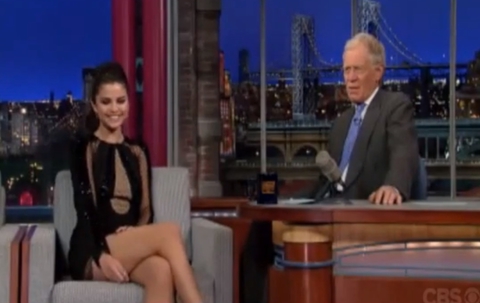 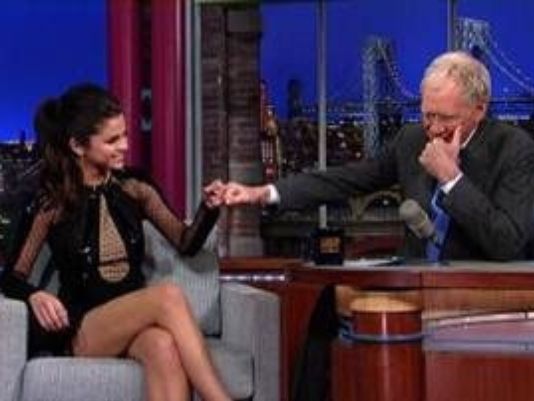 “Well, then that makes two of us,” replied Selena. The audience laughed and applauded, prompting Selena and Dave to fist bump.