“We had already signed Mark and Carrie and Harrison — or we were pretty much in final stages of negotiation. So I called them to say, ‘Look, this is what’s going on,'” Lucas, 68, said of Disney buying Lucasfilm, and planning to release Star Wars: Episode VII in 2015

Then later Lucas says, “Maybe I’m not supposed to say that, I think they want to announce that with some big whoop-de-do…” 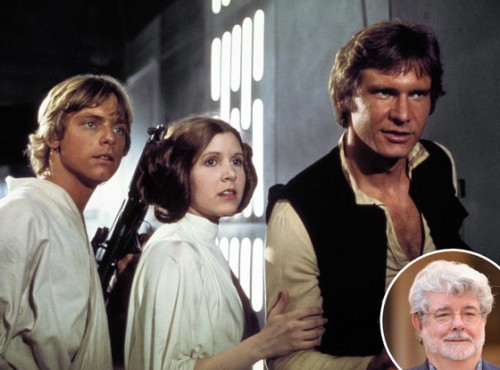 Hmmm… Ya think? The announcement seems so lackluster. There’s no excitement or is he always so humdrum?