Magician David Copperfield’s jet made an emergency landing after traveling halfway between Las Vegas and NYC. The magic man was on his way for an appearance on the Today Show when a sudden “crushing noise” forced the landing for further investigation. 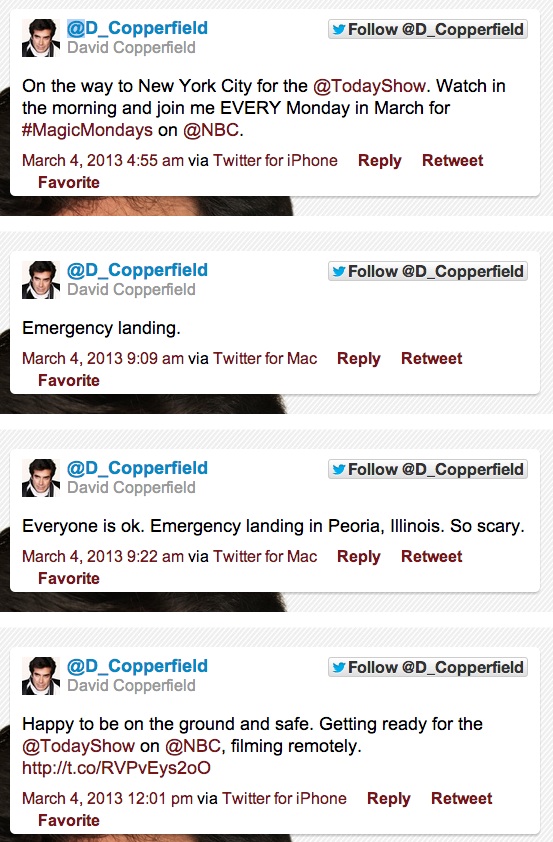 The popular illusionist, who lives in Las Vegas, was traveling to New York City for a Monday morning appearance on NBC’s “Today Show.” En route, a loud noise prompted the pilot to make an immediate emergency landing.

Although the plane touched down safely in Peoria, Ill., and no one was injured, the scary stopover was detailed by Copperfield on Twitter… Huffpo.

At the time of this writing, the cause of the noise has not been released.