LL Cool J is the splitting image of cop killer cop, Christopher Dorner, and if that wasn’t bad enough, TMZ actually had the nerve to ask if he had any plans to play Dorner on the big screen. Ouch. 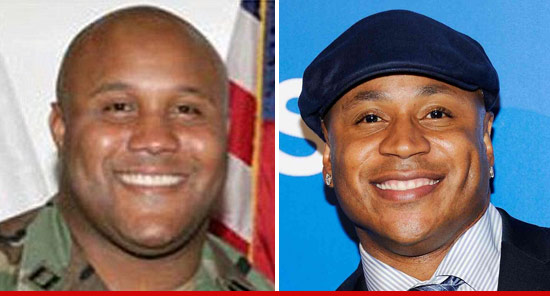 LL Cool J wants NO PART of a movie about Dorner … at least not yet. Say TMZ.

Outside Katusya in Hollywood last night, we asked the Grammy host/rapper/”NCIS: Los Angeles” star about possibly doing a biopic, but he quickly nixed the idea. LL told us, “That’s not something to even talk about because there are families that suffered, people that died. And because of that, I think it would be disrespectful to them to … have this conversation about a film when people’s lives were on the line.”

Stay classy LL, TMZ I’m not so sure about you! JK!