Anastasia is American but she is HUGE in Europe and Australia! Sadly the singer has announced that she will be canceling her European tour because of a second breast cancer diagnosis. 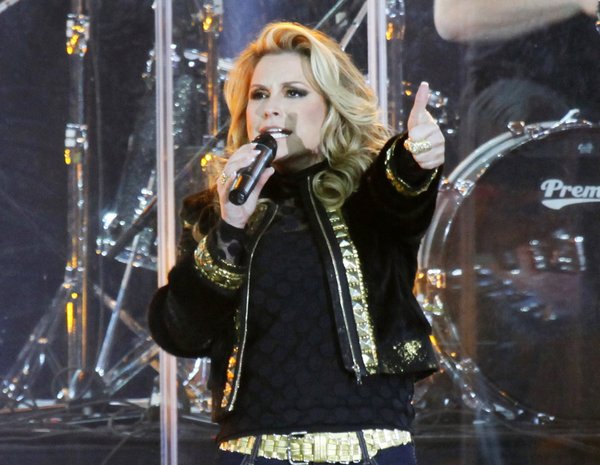 Anastacia, 44, made her way to international fame with her 2000 dance track “I’m Outta Love” and successfully battled breast cancer in 2003.

Her “It’s a Man’s World Tour” was set to kick off in London on April 6 but has been canceled until further notice.

“I feel so awful to be letting down all my amazing fans who were looking forward to ‘It’s A Man’s World Tour.’ It just breaks my heart to disappoint them,” the singer said on her website.

The “Sick and Tired” singer still plans to write and record her upcoming album and hopes to reschedule her tour, according to a statement posted on the website.

“Now more then ever, she is determined to live by her motto ‘Don’t ever let cancer get the ‘Best of You!'” the statement said. “A born survivor, Anastacia has one goal and that is to make a full recovery with the support of her family, friends and everyone around her.” latimes.

Good luck and get well soon!