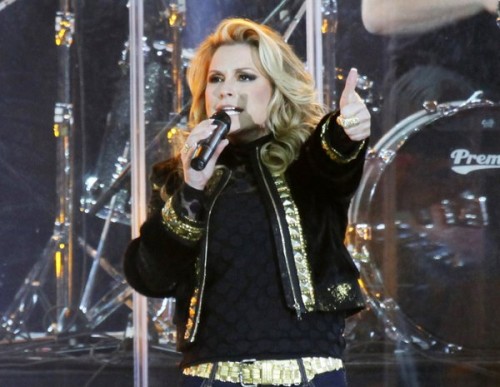 FILE – This Oct. 29, 2011 file photo shows American singer Anastacia performing during the opening ceremony the new stadium in Lviv, Ukraine. Managers for U.S. pop singer Anastacia say she has canceled a planned performance in Dubai and an upcoming European tour after being diagnosed with breast cancer a decade after her first battle with the disease. A statement Thursday, Feb. 8, 2013, says the 44-year-old performer will cancel all appearances and travel until further notice. (AP Photo/Efrem Lukatsky, file) ** Usable by LA and DC Only **