Horror in the sky as a hot air balloon carrying dozens of people suddenly caught fire and exploded today. The accident occurred 1000 feet above Luxor, Egypt, Valley of the Kings, killing at least 18 people including several foreign tourists. Witnesses said they saw the balloon crash into a sugar cane field after hearing a loud explosion. 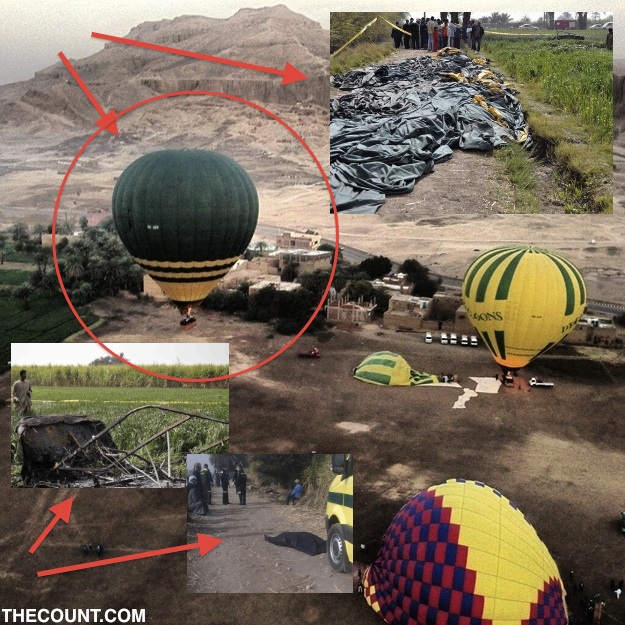 The launch site shortly before the balloon explosion.

“Eight people jumped and they were like balls of fire, some were alive when they landed, but then died on the ground,” one witness said.

“Then the balloon went up and down again and swept along, then a second explosion occurred when another gas canister exploded.”

Eighteen people died and three were injured, according to the Ministry of Health.

A victim of a balloon accident is seen in a body bag.

The victims reportedly include nine from Hong Kong, four from Japan, two from France, two from Britain, and two who haven’t yet been identified.

This isn’t the first crash at the Luxor launching site, according to NBC News. Sixteen tourists were injured in 2009 and seven in 2010 when their balloons hit transmission towers.

The governor of Luxor has ordered a ban on hot air balloon flights following the accident.