This is one of those pictures… I really makes you think! Wild dogs are not known as a monkey’s best friend BUT, these guys seem to not only have NO issues but might actually be involved in some type wild transaction! I WANT! 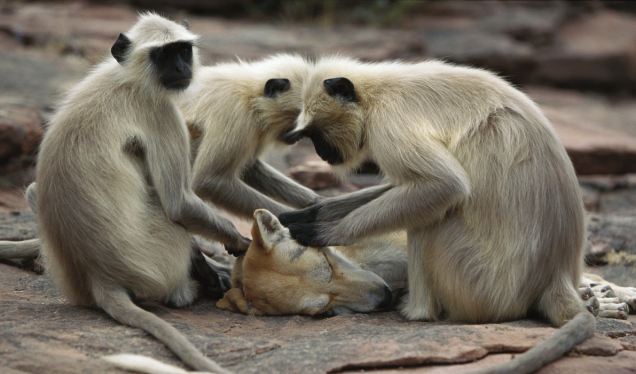 A French photographer spotted a group of langur monkeys grooming a wild dog in the sunshine in Rajasthan, India. The pampered dog lay down and made itself comfortable as the monkeys fussed around it, even appearing to massage the creature’s face. The fastidious monkeys then resumed grooming one another. MailOnline.