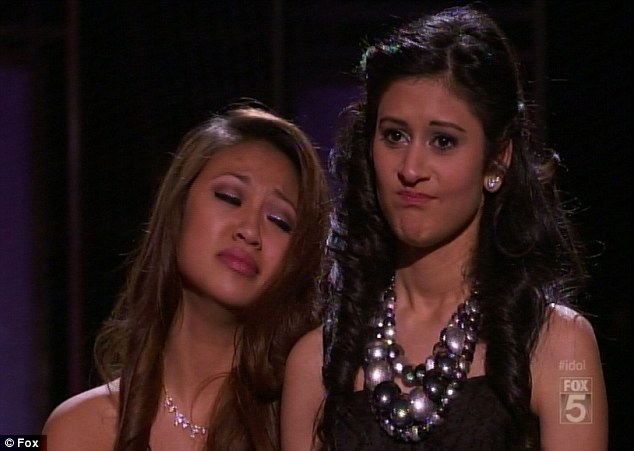 For the first time ever on Idol the top 40 are being subjected to a brutal sudden death round – where each performer is permitted just one chance to stay in the game.

Rhythmically-named Shubha Vedula, a 17-year-old high school senior from the Long Beach auditions had impressed judges until tonight when she gave a messy variation of Lady Gaga’s Born This Way.

She and her ‘BFF’ Adriana Latonio were left biting their nails until last – but only Adriana prevailed after a far more impressive rendition of Aretha Franklin’s Ain’t No Way.

Both girls sobbed dejectedly while they waited for the verdict – knowing that either way they would have to part.

‘Adriana is my best friend, I loved meeting her, getting to know her,’ sniffed Shubha as she gripped her pal’s hand.

On Wednesday’s show ten girls sang – but only five were saved. dailymail