Tierra LiCausi knows how to create controversy! Sometimes for being cutesy and sometimes for falling down the stairs… Here’s some more drama from your mama, just two months after after getting booted off The Bachelor Season 17, the Denver gal posted a photo of her sporting a massive engagement ring. The big question is, is the victim Sean Lowe? 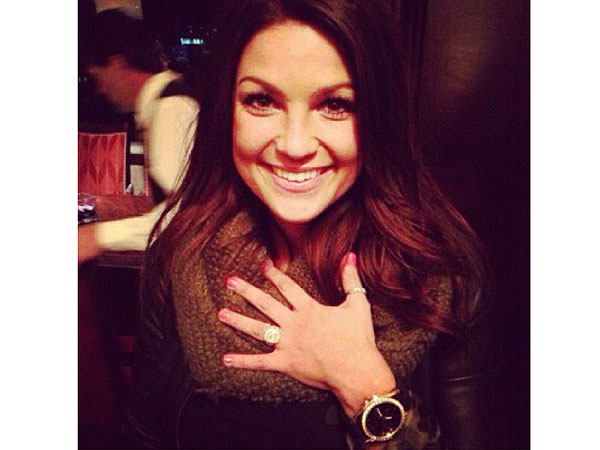 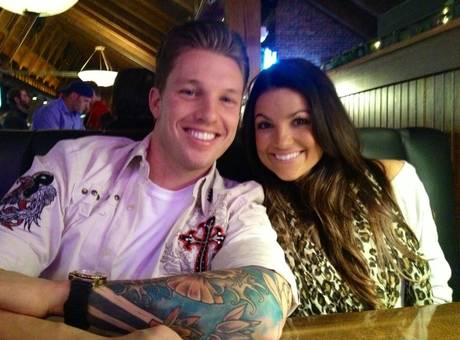 “Yes, she’s really engaged,” Tyler tells Wetpaint. “We’re all really happy about it.” Okay, but to whom? “I’m not sure he wants his name out there just yet,” says Tyler, “but I can tell you about him and how everything happened.”

Way to let the cat out of the bag bro! Go ahead, we’re all ears!

“It’s someone she had been seeing before the show. They’ve known each other three or four years and have been dating most of that time,” Tyler explains. “They were even living together in Vegas and Tierra was, at one point, working for his family’s business.”

“Unfortunately, they had a bad breakup,” Tyler continues. “When that happened, she moved back here to Denver and signed up to go on The Bachelor. Right after she left to film, though, he had a huge change of heart and wanted to get her back. The only problem was he couldn’t reach her. Her phone was turned off. He kept trying and trying, but he couldn’t get ahold of her. That’s when he called my parents, who told him what she was doing.”

“When he found out she was filming The Bachelor, he did everything he could to try to get to her. He even called ABC to find out where she was filming so he could fly there. He was literally on his way to St. Croix the day he finally reached her. It turns out, that was the exact same day Sean let her go. When Tierra got to the St. Croix airport, she was given her phone back. She turned it on and the first call she got was him — telling Tierra he was on his way. She told him not to come, that she was on her way home to Denver. So instead of flying to St. Croix from Las Vegas, he flew to Colorado.”

“That was in November,” says Tyler. “They’ve been together ever since. He proposed in January. He picked up his whole life to move here for her. He has an apartment in Denver and they’re doing great.”

“The ring,” Tyler adds, “is kind of insane. The main stone is a four-carat yellow diamond and it’s surrounded by a set of white diamonds. Tierra loves it.”

How does the rest of the family feel?

“We’re really happy it all worked out,” Tyler concludes, adding the family was “bummed out” when Tierra and her now-fiance broke up the first time. “We like him a lot and we just want Tierra to be happy.”

So it wasn’t Sean! Does this story even matter now?