File this under “classic last requests.” After a fast food fan from York Pa, died, he requested in his will – to get one final trip to the drive thru of his local Burger King. 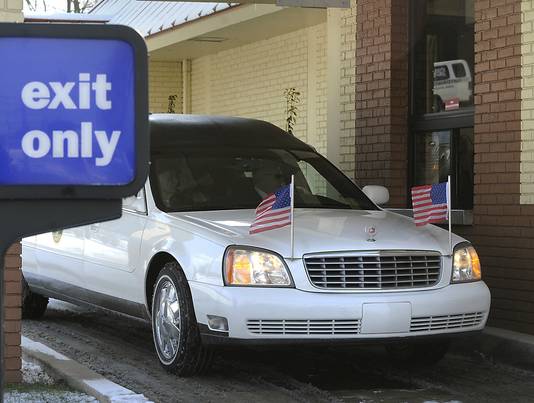 Mourners attending the man’s funeral wanted him to “have it his way,” so they drove his hearse and the rest of the procession to Burger King for one last trip to the drive-thru – before reaching the cemetery.

AP: David Kime Jr. “lived by his own rules,” daughter Linda Phiel said. He considered the lettuce on a burger his version of healthy eating, she said.

To give him a whopper of a send-off Saturday, the funeral procession stopped at a Burger King in York, Pennsylvania, where each mourner got a sandwich for the road.

Kime got one last burger too, the York Daily Record reported. It was placed atop his flag-draped coffin at the cemetery.

Phiel said the display wasn’t a joke, rather a happy way of honoring her father and the things that brought him joy.

“He lived a wonderful life and on his own terms,” she said.

Restaurant manager Margaret Hess said she knew his face and his order. She and her crew made 40 burgers for the funeral procession.

“It’s nice to know he was a loyal customer up until the end — the very end,” she said.