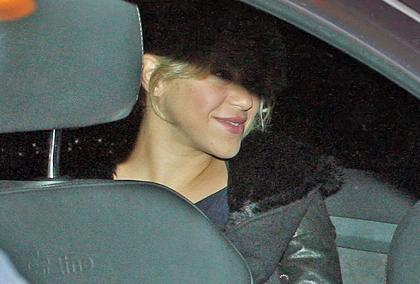 Shakira is pictured arriving at the hospital in Barcelona preparing for childbirth.

A statement posted on the pop star’s site in English, Spanish and Catalan says that “just like his father, baby Milan became a member of FC Barcelona at birth.” The statement also says Milan weighed approximately 6 pounds, 6 ounces, and that “both mother and child are in excellent health.”

Shakira asked fans earlier Tuesday on Twitter “to accompany me in your prayers on this very important day of my life.”

Milan is the couple’s first child.