Somebody a little moody? 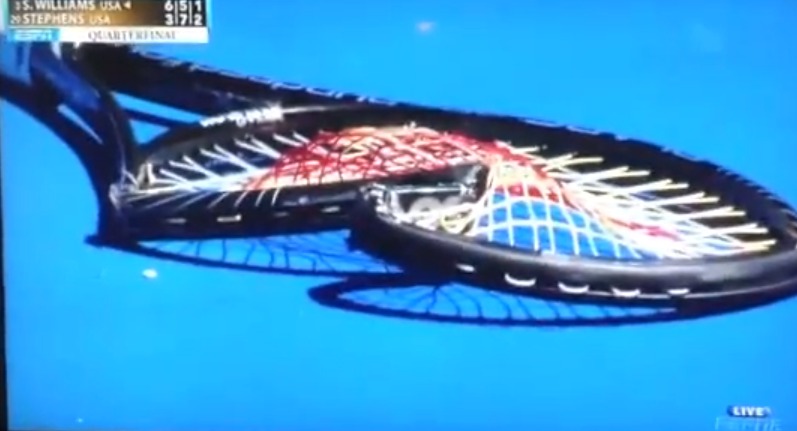 USATODAY: Serena Williams was up a set and a break in her Australian Open quarterfinal against 19-year-old American Sloane Stephens. Then, in a span of 25 minutes, she lost her serve, hurt her back while trying to avoid contact with the net, took her second injury timeout of the tournament, came away with a limp, could barely get her first serve over 90 mph, dropped her first set since the U.S. Open and went down 2-1 in the decider.

The 15-time Grand Slam champion took a step toward her bench for the first changeover of the third set, paused and delivered two mighty whacks to the blue court in Melbourne, effectively destroying the innocent racket. She then chucked it at her tennis bag for good measure.

Serena said nothing during the outburst and steadied herself to win the next game. During that hold of serve, she was called for a foot fault. The linesman was unidentified at the time of this writing, but he shall forever be referred to as “the bravest linesman in the history of tennis.”

Stephens went on to win the match, 3-6, 7-5, 6-4. She became the first American player younger than Serena to ever beat ber.