I am insinuating that Beyoncé lip-synched her version of the Star-Spangled Banner for the President’s inauguration bash, I just found it interesting that the pictures released representing her preparation for the glitzy event depict her in a recording studio, hmmm… 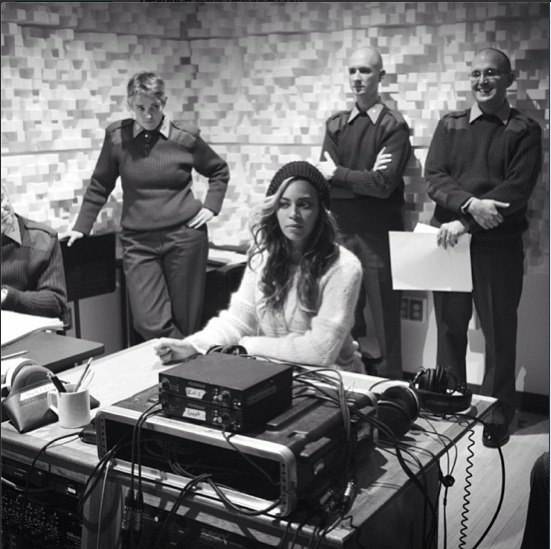 If I’m not mistaken, Beyoncé totally appears to be “listening to her own voice back(?),” which means she recorded it for later use… Later, as in the inauguration performance. Now of course I have no way of knowing what Beyoncé was listening to when this picture was taken, I’m just sayin’… BTW, the fashion style for recording engineers and producers has really changed over the years… Welcome to new era of music industry control, “Government Records.” 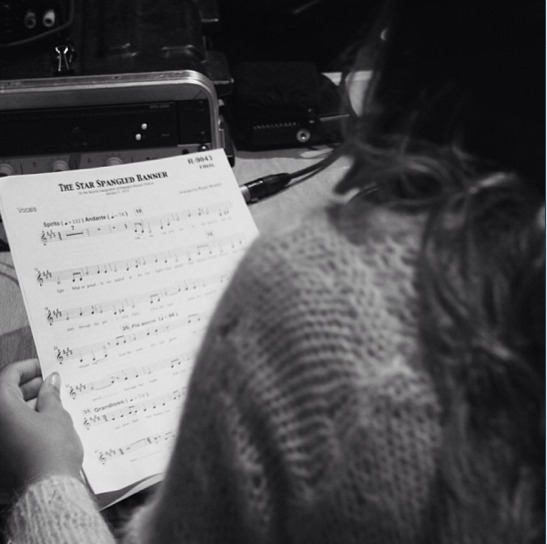 I’m not trying to say that Beyoncé is not talented enough to pull this one off, for Christ sake, the woman had a magic folding pregnant stomach! Is it so completely crazy to think that she might be pre-recording her performance complete with auto-tune?

It would not be unusual for the pop diva to employ heavy backing tracks during the live performance. These days audio engineers always keep one pre-recorded version of the singer’s voice playing with the fader down, then if the talent is having issues hitting the high notes, the engineer simply fades down the live voice while fading up the pitch-perfect pre-recorded voice. This Method can be used for part or all of the song depending on a variety of unique circumstances.