TNT ‘Leverage’ Could Be Back As A Movie, Says Dean Devlin

Good news for Leverage lovers, the TV show could be back, but this time as a movie! 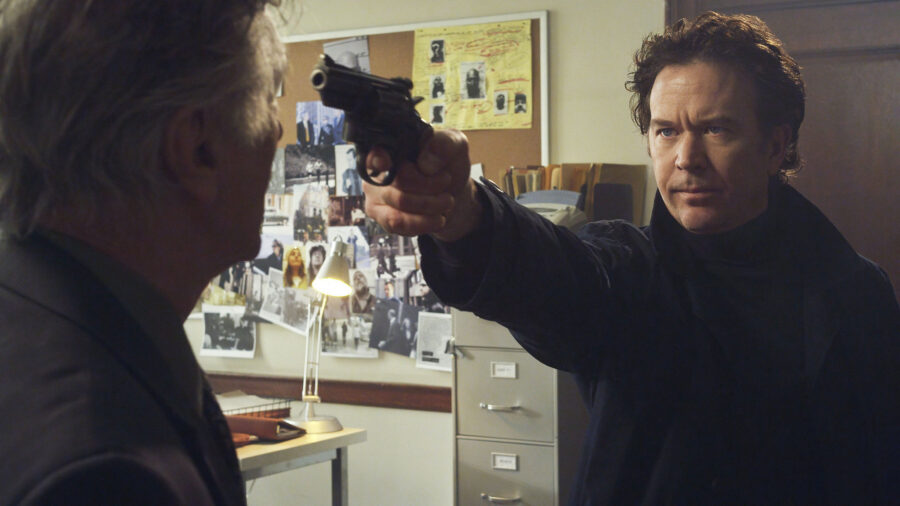 Our friends at deadline are reporting,

TNT has cancelled Leverage but the show might not be dead after all says Dean Devlin. “We’re going to try to shop it around now and see if there is any other interest elsewhere,” the executive producer told Deadline today. That elsewhere could include a feature film version of the drama. “That would be fun to do. That’s definitely a possibility,” said Devlin, who is scheduled to make his own feature directorial debut with a global disaster film written by himself and Paul Guyot. “Look, it’s a long shot but we have a lot of love for the show and the fans have been tremendously supportive. If we can find a way for it to continue we’ll pursue,” he added of Leverage’s future. Produced by Devlin’s Electric Entertainment, the Timothy Hutton-led ensemble was formally cancelled by TNT after five seasons on December 21. The series finale aired four days later on December 25. Two weeks earlier Devlin had told a fan site for the show that he and co-creator John Rogers would be wrapping things up for season five in the anticipation there might not be a season six. Not that the producer and Independence Day co-writer is out of Leverage ideas. “I have a giant pile of stories we still wanted to tell. Creatively the show was far from exhausted.” Devlin says of the drama. The show’s fans weren’t exhausted either. Leverage was voted the favorite TV cable drama at this year’s People’s Choice Awards, the first cancelled show to ever win. “One of the great things about this show is that it was produced independently so we can control its destiny to some degree. So, if we don’t survive as a TV series, who knows? We’ve already started a series of books so maybe there’s a movie down the line. Maybe an Internet series, comic books, I don’t know. We’re wide open to all ideas,” Devlin says.

Wait, why am I so excited? I’ve never even seen the show! Have you? Let me know about it in the comment section below.