THAT WAS SWIFT! Taylor and Harry Styles Quit After Blowout Fight

I think a lot of people forget that Taylor Swift, 23, has dated some very full grown men… And Harry Styles is not one of those grown men, Styles is only 18. What’s my point? That Taylor is playing him! Of course… 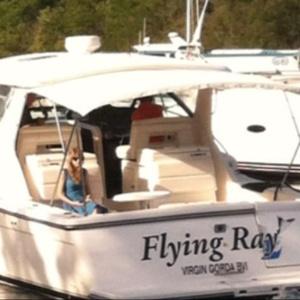 PAGE6: Styles, 18, and Swift, 23, flew to Virgin Gorda in the British Virgin Islands on Tuesday, January 1, where they were spotted posing with friends at the CocoMaya restaurant.

But just three days later, Swift caught an early-morning flight off of the island on January 4, after a blow-up fight with the boybander. Swift looked glum and introspective as she caught a boat solo to the airport on the morning of January 4.

Styles then took a trip over to Richard Branson’s private resort on Necker Island, where he hung out in the hottub and mingled with female fans until the early morning hours, according Business Insider.

By Saturday, January 5, he was back in the U.K.

While Swift’s breakup song may be yet to come, she gave a hint that she was feeling jilted on Twitter on January 5, when she posted “…’til you put me down.” She’ll likely find solace, however, in bestie Selena Gomez, who is dealing with a breakup of her own after her New Year’s trip to Mexico with Justin Bieber went bad.

I guess we all should have known that this was one of those public relations, relationships, just like Lindsay Lohan and that guy from The Wanted…