Arnold Schwarzenegger Takes 50 Ton TANK Out For A Spin

Arnold Schwarzenegger purchased his very own M47 Patton tank! The huge war machine was produced between 1951 and 1953 and weighs-in at a staggering 50-tons. Many are still in service today nearly 60 years after being manufactured. 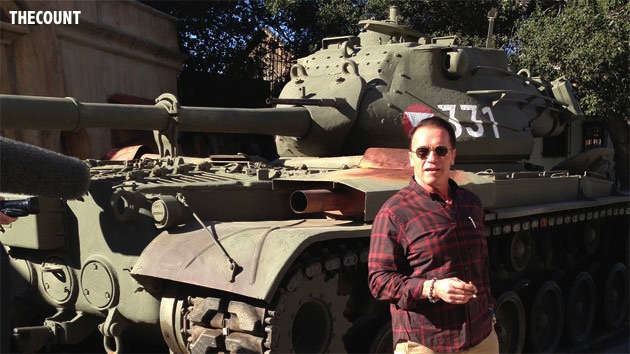 “this is exactly the very tank that I drove in the Austrian Army when I was 18 years old,”

I learned how to drive the tank, which was always my fascination, I think, because I grew up after the war, and I saw the British troops that occupied our area. So I always wanted to be a tank driver.”

Hey Arnold! Tanks for the memories!