Calling it “way uncool” Randi Zuckerberg (Mark’s sister) is beyond pissed that a holiday Zuckerberg family photo, marked as “friends only” was leaked to other Facebook commoners… 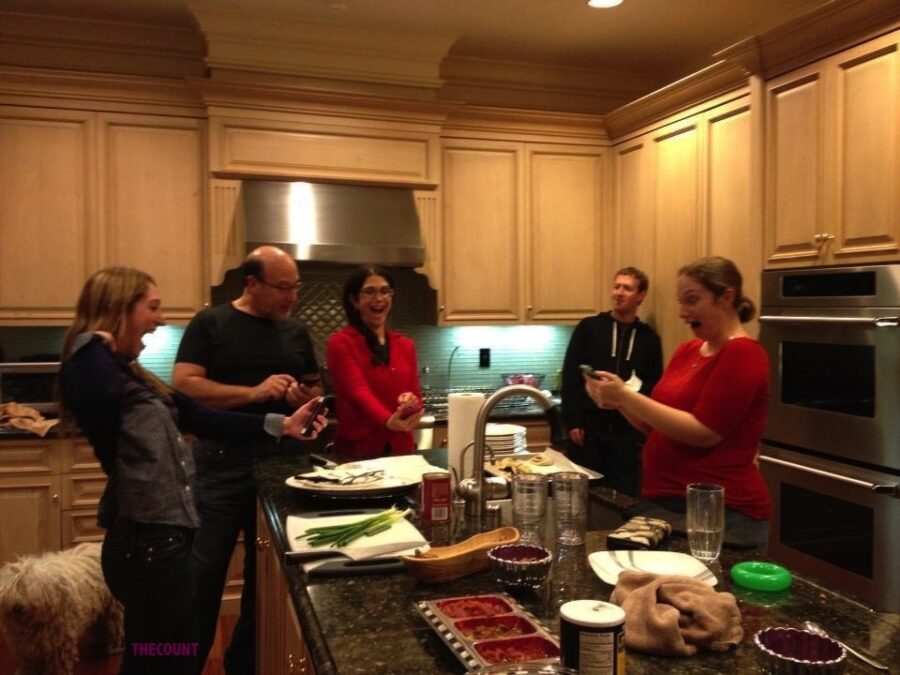 Randi Zuckerberg, Mark’s sister and former marketing director of Facebook, posted a photo to her Facebook. She was less than thrilled when someone reposted it to Twitter. 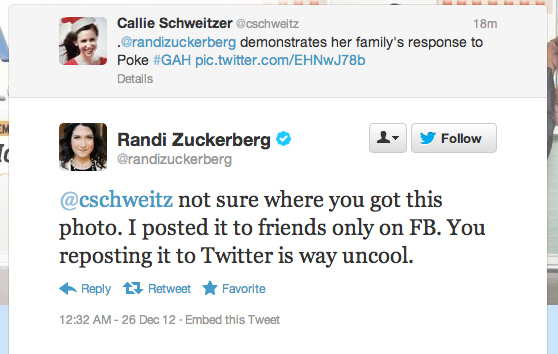 Randi Zuckerberg was not happy that a photo from her personal Facebook ended up posted to an audience wider than the one she intended it for.

Schweitzer thought she saw the photo because she subscribes to Randi Zuckerberg’s updates. 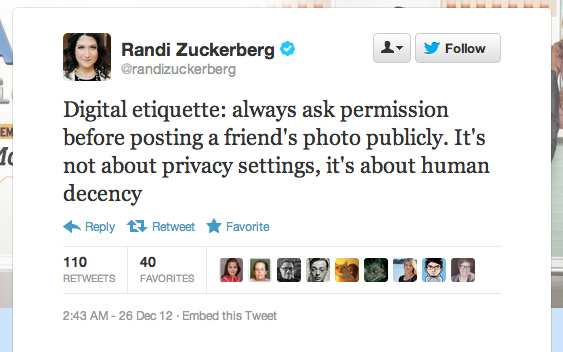 When in actuality she (probably) saw it because she is friends with Randi’s sister who was tagged in the shot.

In the end, Schweitzer deleted the photo, and Zuckerberg chalked it up to bad etiquette — not Facebook’s sometimes-confusing privacy settings.

It wasn’t this poor girl’s fault that the picture was available! It was Facebook’s bad privacy settings! So confusing!