Spike Lee is sticking his proverbial foot into Quentin Tarantino’s spotlight by declaring “Django disrespectful to his black ancestors,” inferring other black people might want to also pass on seeing the movie. Lee made the damning remarks during an interview with Vibe Magazine.

“I can’t speak on it ’cause I’m not gonna see it … All I’m going to say is that it’s disrespectful to my ancestors. That’s just me … I’m not speaking on behalf of anybody else.” 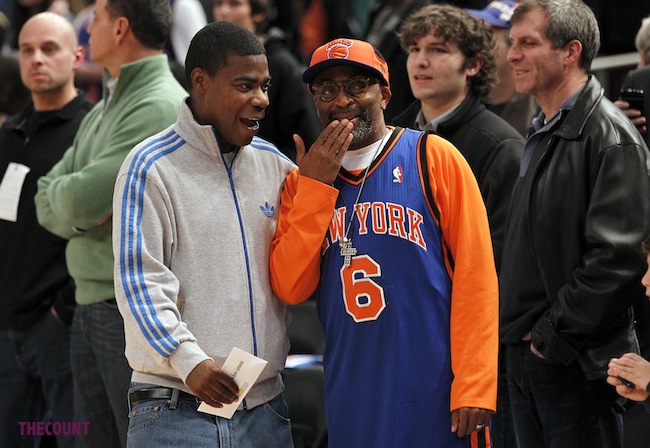 Lee later mounted twitter for a more social attack, “American Slavery Was Not A Sergio Leone Spaghetti Western.It Was A Holocaust.My Ancestors Are Slaves.Stolen From Africa.I Will Honor Them.”

Jamie Foxx stars in the epic film about a slave who kills his slave-owners in the Deep South. The DrudgeReport famously reported the n-word being uttered more than 110 times during the flick.

This isn’t the first time Spike Lee has had daggers in his eyes for Tarantino, in 1997 he publicly stated a problem he had with Q’s “excessive use of the n-word” in the movie Jackie Brown, “Let the record state that I never said that he cannot use that word — I’ve used that word in many of my films — but I think something is wrong with him.”

Hey Spike! have you ever watched yourself back on TV courtside at one of those Knicks games? A lot of people think there’s something is wrong with you!