Grandma ‘Felt Up’ In Times Square By Super Mario Character

Talk about delusions of grandma! A New Jersey woman is claiming she was ‘felt up’ by a Super Mario impersonator while she was visiting Times Square.

The alleged groping had such a negative effect on the woman she has sworn never to step foot in Times Square again. 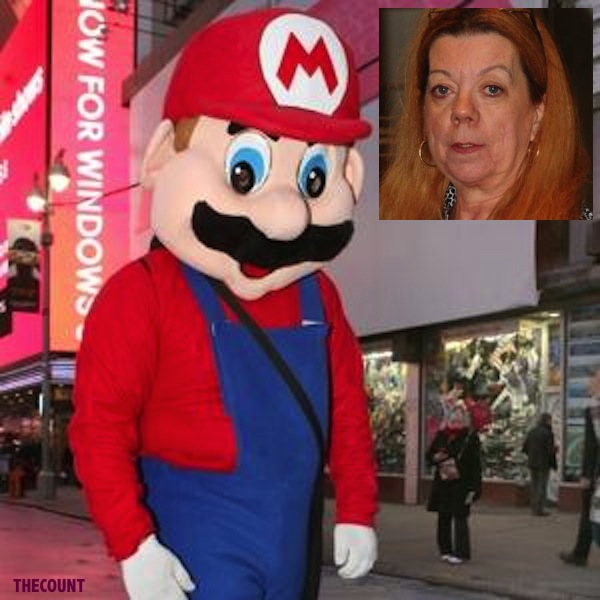 “I will never go through Times Square again,” Cheryl Naviello vowed, “I saw him approaching, and as I moved, he moved with me,” Naviello recalled. “He deliberately turned his hand and grabbed me. I jerked my leg, and he grabbed my inner thigh, I was so pissed, I yelled, ‘Oh, really?!’ ”

The not-so-Super Mario then slithered away like nothing happened, said Naviello.

“I told them I was so mad and that I was about to punch a Mario in the head,” said the grandmother of two. “I think he’s a pervert. This could have been an innocent child.”

Damon “Mario” Torres, of North Bergen, NJ, was arrested and charged with forcible touching, harassment and possession of marijuana.