NEWTOWN, Connecticut – A church in Newtown, Connecticut was evacuated today after a bomb threat was reported by officials during Sunday morning services. The Roman Catholic church sits one mile from the site of Friday’s school shooting that left 27 dead. 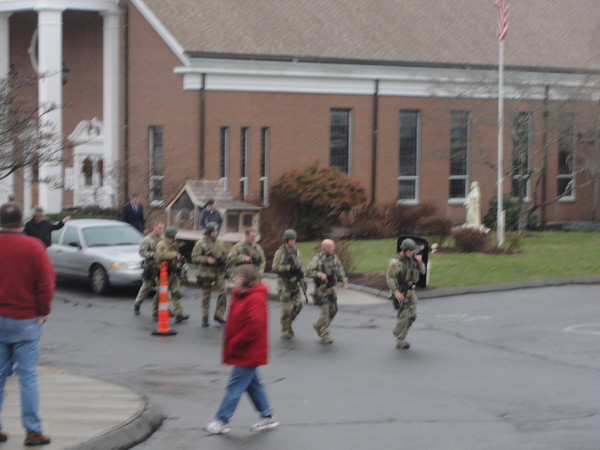 State troopers, police and ambulances were on the scene at St. Rose of Lima Catholic church, according to an eyewitness.

UPDATE: Cops have given the ALL CLEAR.