There is power in numbers and a great number of Beliebers are calling for a boycott of the Grammys over the absence of Justin Bieber on this year’s list of nominees! 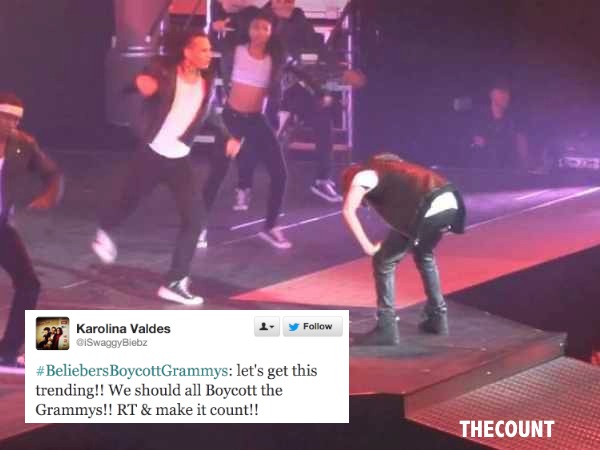 Considering Bieber has a zillion followers on Twitter, I honestly Beliebe this boycott could make a big impact on Grammys’ TV ratings.

I say we all boycott the Grammys this year. Don’t even watch. Like, do something else. Just DON’T watch the Grammys.

UGHHHH I AM GOING TO BOYCOTT THE GRAMMYS

#BeliebersBoycottGrammys: let’s get this trending!! We should all Boycott the Grammys!! RT & make it count!!

Wow these kids are taking this pretty hard! Come on guys! We can’t boycott the Grammys every time our favorite artist is not nominated! Think about it, do you see it Donny Osmond anywhere on that list? And by the way, if you’re asking yourself if these kids will really make a difference, just ask Mitt Romney…