You’ve got to hand it to Adam Lavine for having the guts to knowingly offend millions and millions of people who actually like the show “Here Comes Honey Boo Boo,” 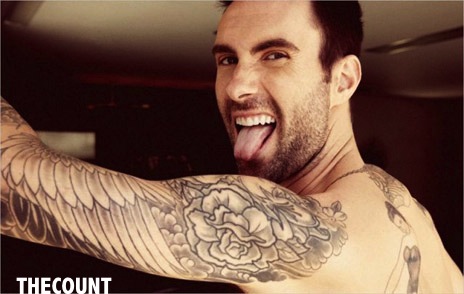 “Seriously, Honey Boo Boo is the decay of Western civilization,” Levine tells GQ magazine. “Just because so many people watch the show doesn’t mean it’s good. So many people witness atrocities and can’t take their eyes away from them, but that doesn’t mean they’re good. That show is literally The. Worst. Thing. That’s. Ever. Happened. It’s complete … ignorance and the most despicable way to treat your kids. [Forget] those people.”

In case you didn’t understand what Adam was getting it, he added:

“You can put that in the magazine: [Forget] those idiots. They’re just the worst. Sorry, I’m so sensitive to that — like, I don’t know, man, it’s upsetting. Just to clarify, I said, ‘[Forget] those people.”

Okay so would I be offending millions of my fans if I agreed with Adam?