A NFL player playing with the Kansas City Chiefs has committed a murder suicide! The still unknown player shot his girlfriend at his residence and then drove to Arrowhead Stadium and killed himself.

The Chiefs have released the following statement:

We can confirm that there was an incident at Arrowhead earlier this morning. We are cooperating with authorities in their investigation.

The entire arrowhead facility is on lockdown. 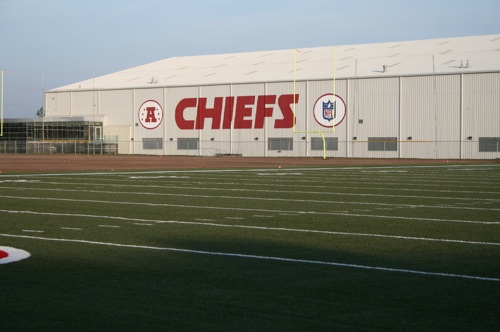 Reports from the facility say the player confronted coach in the parking lot before putting the gun to his own head and killing himself.