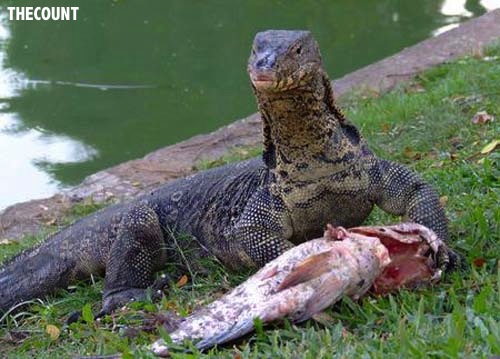 Reports say that a Presidential advance team misstook the harmless beasts for ferocious, carnivorous Komodo dragons, found in other areas of Indonesia.

Indigenous folks were able to calm the nerves of the SS after explaining the domicile nature of the huge creatures.

The US security officers also paid special attention to antique cannons at the Government House’s lawn. They inspected them carefully and inquired about the objects.

Thai officials told them the cannons are relics of the King Rama VI era and have no cannonballs. They were placed at the Government House for decorative purposes only.

Meanwhile, Pres. Obama will visit Thailand starting Sunday visiting five different locations that have been cleared by the US explosive ordnance disposal team.