Very sad to see residents of storm ravaged Staten Island pleading for food, fearing they will freeze to death in the coming days.

The residents of Staten Island are pleading for help from elected officials, begging for gasoline, food and clothing three days after Sandy slammed the New York City borough. 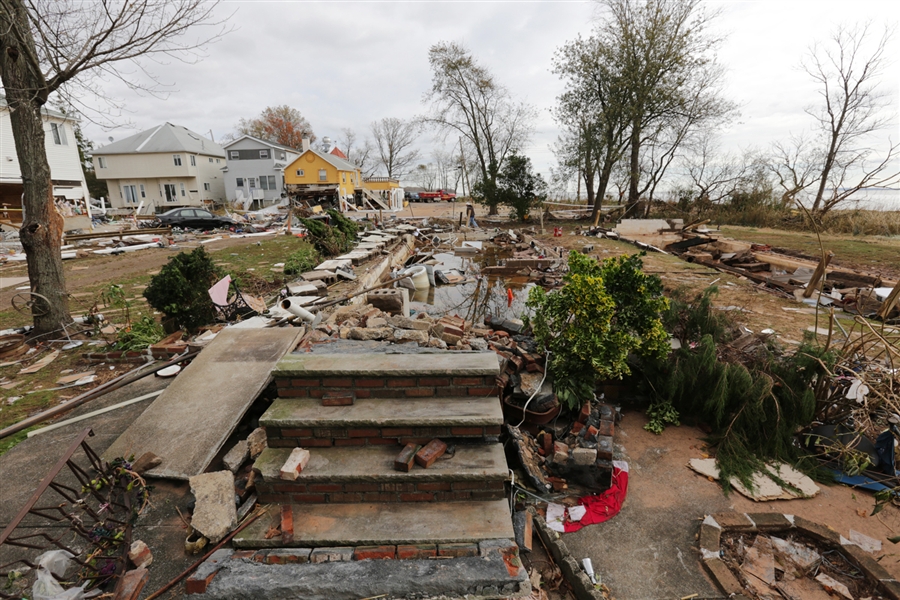 “We’re going to die! We’re going to freeze! We got 90-year-old people!” Donna Solli told visiting officials. “You don’t understand. You gotta get your trucks down here on the corner now. It’s been three days!”

Staten Island was one of the hardest-hit communities in New York City. More than 80,000 residents are still without power. Many are homeless, and at least 19 people died on Staten Island because of the storm.

One of the devastated neighborhoods was overwhelmed by a violent surge of water. Residents described a super-sized wave as high as 20 feet, with water rushing into the streets like rapids.

Staten Island resident Mike Abuzzio’s home is completely gone, with only his floor boards remaining. He, his wife and their two young daughters have been staying with relatives.

In the rubble that was once his home, Abuzzio found one clean, intact plate of Christmas china. He said that plate will be special at Christmastime and will be used specifically for his mother’s cookies.
For 48 hours after the storm, search teams were hunting for two Staten Island brothers, just 2- and 4-years-old. They were swept out of their mother’s arms when waves caused by storm surges crashed into the family’s SUV. Their small bodies were found today at the end of a dead-end street. Their parents were at the scene where the bodies were discovered.

Staten Island officials sounded increasingly desperate today, asking when supplies will arrive. They blasted the Red Cross for not being there when it counted.
“This is America, not a third world nation. We need food, we need clothing,” Staten Island Borough President Jim Molinaro said today. “My advice to the people of Staten Island is: Don’t donate the American Red Cross. Put their money elsewhere.”

The Red Cross and the National Guard arrived in the area late Tuesday and are distributing food, water and gas – and city officials say things are much better.
Molinaro urged New York City Mayor Michael Bloomberg Wednesday to cancel Sunday’s New York City Marathon. The race’s staging area is on Staten Island and Molinaro said it would be “crazy, asinine,” to have the race after what has happened.

“My God. What we have here is terrible, a disaster,” Molinaro said Wednesday. “If they want to race, let them race with themselves. This is no time for a parade. A marathon is a parade. Now is the time to put your shoulder to the wheel. If they want to prepare for something, let them prepare for the election, not a marathon.”
“Do you realize how many police officers you need for a marathon?” he asked. “There are people looting stores on Midland Avenue. There is looting taking place in the homes on the South Shore that were destroyed. That is where we need the police.”