It is becoming common knowledge, at least among the Hollywood party circuit, that once clean cut Jude Law has been in a dangerous loop of – having a good time… The dangerous part being – massive and continuous drinking and drugs. It is really starting to show! 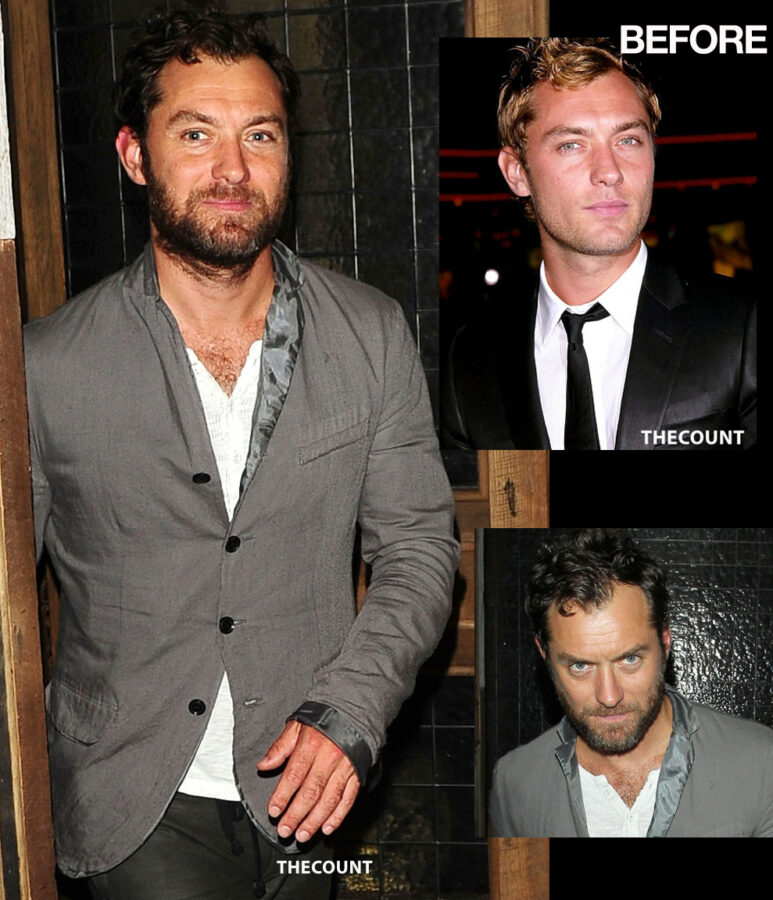 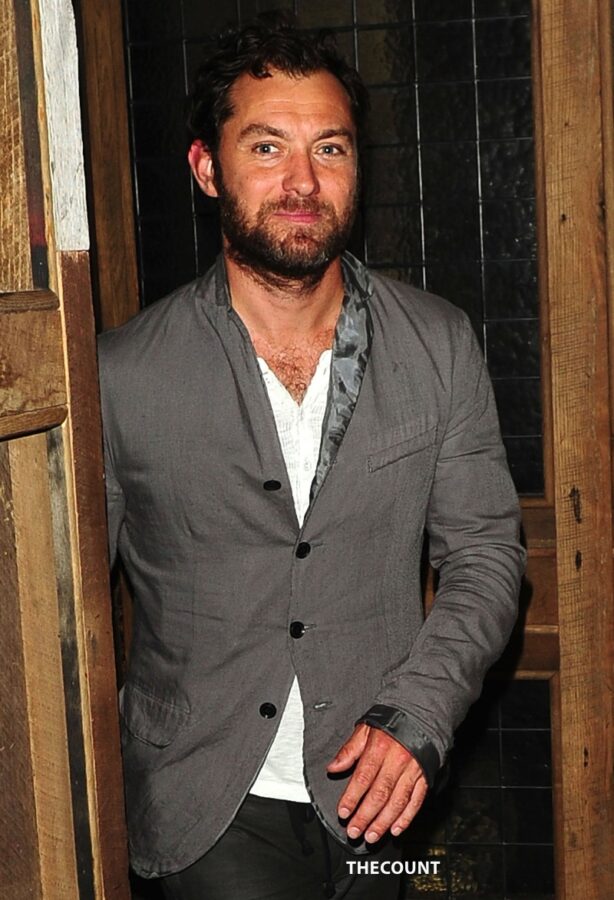 Star Mag put it this way:

Yes, Jude is no longer a pretty boy. So sad. But I doubt it’s bothering him this much – after all, have you seen the way he looks in Anna Karenina? That’s not the appearance of an actor who is obsessed with youth and beauty. As for the other stuff, the “mid-life crisis” part of the story… sure. He’s turning 40 years old in two months. Let him have a mid-life crisis. It’s not the end of the world! And Jude will always have a future in films because he’s always been a talented actor IN SPITE of his beauty. His beauty was never a crutch. As he gets older, he’s going to get more and more work as a character actor, which is probably fine with him. 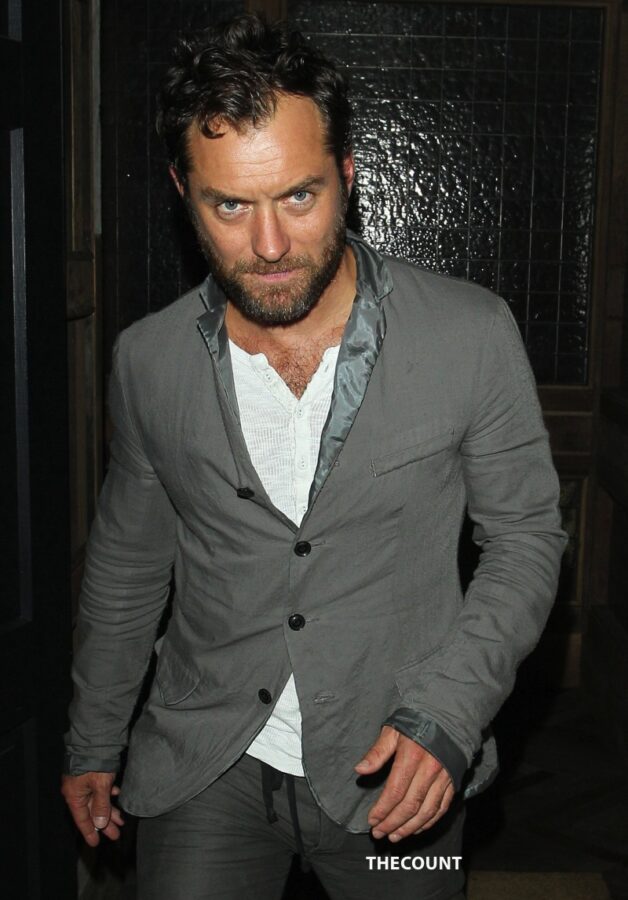 Hope he gets some help pronto! 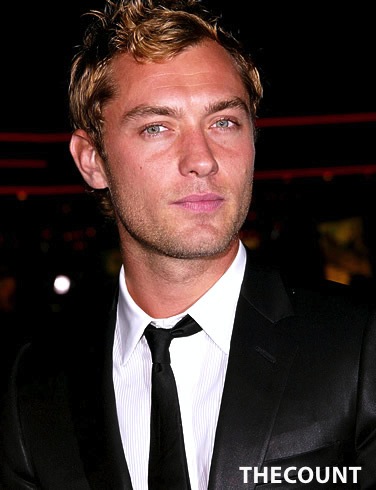