A Detroit gas station owner says he is being held hostage by a group of thugs who have taken over his gas station. 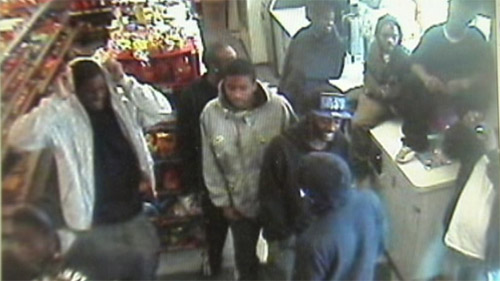 “There’s a lot of good people around here,” said the frustrated station owner. But now most of the station’s regular customers do not dare show up because they are intimidated by the roisterous teens.

At least 40 teens regularly converge on the gas station without warning. “Destroying my store. Destroying my business,” said the owner.

But one teen loiterer saw it differently, “This is a Bad Crew gas station,” and when we asked him what that meant he said, “If you don’t know, I can’t even tell you.”

Security cameras caught the teens loitering not only outside the store but also inside where they frequently bark orders at the employees, smoke cigarettes, sit on countertops and spit everywhere. The owner says his clerks are too frightened to say anything to the offending teens and then they usually just quit.

Police are routinely called to the store, but right after cops leave, the crowd returns. This seems so unfair!