Our favorite royal, Prince Harry, has been sent off to the scariest place on earth! Well, other than Compton… 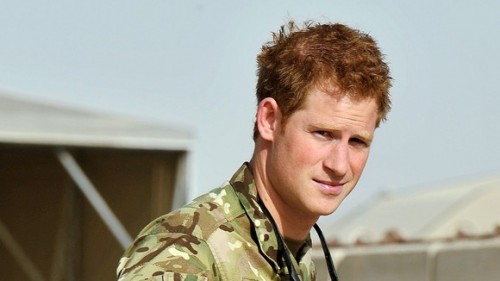 Today, hairy Harry arrived at Camp Bastion in Afghanistan! He is said to be working as an Apache co-pilot and gunner within 10 days.

“Captain Wales is a serving soldier and a qualified Apache pilot having completed the Apache Conversion to Role course earlier this year,” said a rep from the military.

The rep continued, “As such, and after further flying experience, he has deployed along with the rest of the squadron as part of a long-planned and scheduled deployment to provide support to ISAF and Afghan forces operating in Helmand.”

A rep for the royal family told TMZ that his trip to Afghanistan was NOT a punishment for Harry’s drunken Vegas weekend, and that it was already planned before Harry’s full frontal exposure. The royal’s rep was quoted on TMZ saying, “Prince Harry’s time in Las Vegas was his last break before the frontline.”