Former ‘Attack Of The Show’ host turned actress Olivia Munn, admits that she ‘plucked’ her way into success.

The nerve-racked Munn who co-starred in ‘Magic Mike’ says that she suffers from an anxiety disorder that has caused her to make ‘certain’ decisions.

Munn, 32, says that she has an annoying anxiety-triggering habit of pulling out her eyelashes. The obsession, or psychological disorder is called “trichotillomania.” 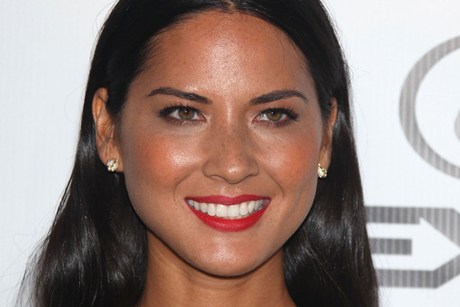 Munn says that she doesn’t chew off her nails like some anxious people, she pulls out her eyelashes instead. Munn told the news outlet NYDailyNews, “I don’t bite my nails, but I rip out my eyelashes. It doesn’t hurt, but it’s really annoying. Every time I run out of the house, I have to stop and pick up a whole set of fake eyelashes.”

Trichotillomania usually develops at a young age, by kids who are stressed, anxious socially or just anxious in general. People who have it, pull out hair from their head, eyebrows, eyelashes or anywhere else on their body. After the hair is pulled out of the body, the relief or ‘sense of gratification’ chills out the anxiety.

Munn also told the site that she fears that people won’t like her. Munn said, “I don’t think anyone would describe me as weak, but I don’t want people to be mean to me.” She told the site a story about how she once ‘stood outside at a party because she was too nervous to go in alone’, and said she acted that way because of her social anxiety issue.

Munn is starring in new film “The Babymakers,” where she plays a wife who is desperate to get pregnant, so she encourages her husband to steal from a sperm bank.

Who would have thought you could pluck your hair into stardom?!