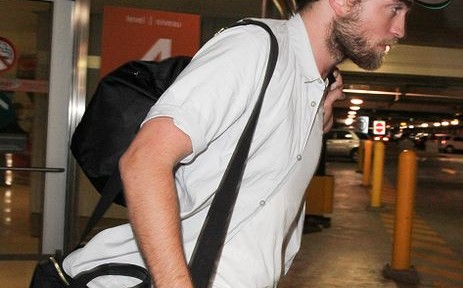 People magazine reports that Robert Pattinson has moved out of he and Kristen Stewart’s home in L.A.

A source confirmed the news to the magazine, and said that he packed some bags and has left for now.

“I’m not sure they’ll be able to recover from this,” says People magazine’s source.

Yesterday, US Weekly dropped the bomb on Kristen Stewart, debuting the affair photo of her and “Snow White And The Huntsman” Director Rupert Sanders kissing.

Stewart and even married Sanders with 2 children, both issued public apologies, but that obviously hasn’t fixed Rob’s broken heart :(

Next, it will be Sanders’ wife who just may leave! Sad… on-screen romances don’t always translate into the real world.