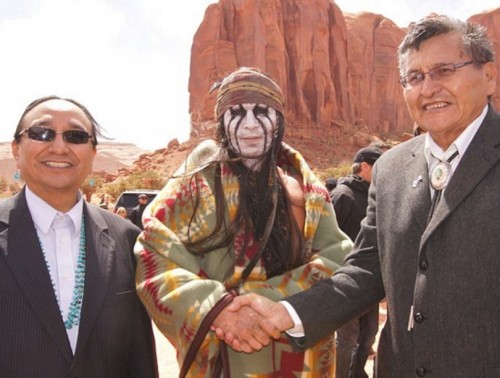 The Navajo reps were invited to the set of “The Lone Ranger” movie set, which was ‘on location’ in Monument Valley, Utah.

Depp, who says he is from Cherokee Indian decent himself, is playing ‘Tonto’ the Indian in The Lone Ranger rehash movie. In the new movie that Depp is producing and acting in, Depp actually switches the leadership roles of the characters. Rather than having the Ranger make executive decisions, Tonto will be leading the journey this time around. 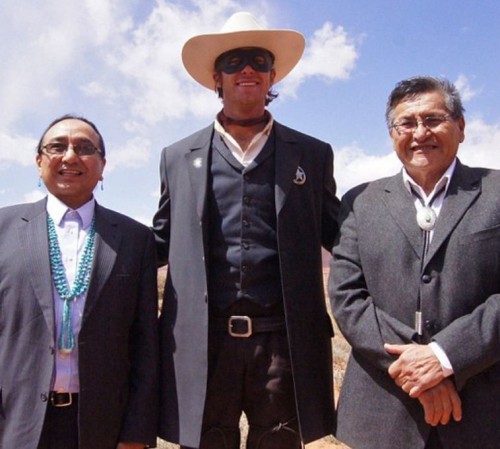 When Navajo Nations’ Ben Shelly and Rex Lee Jim came on the set, they are said to have presented Depp and co-star Armie Hammer with ‘Pendleton blankets’. 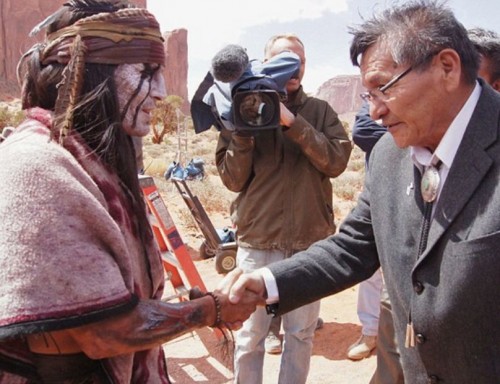 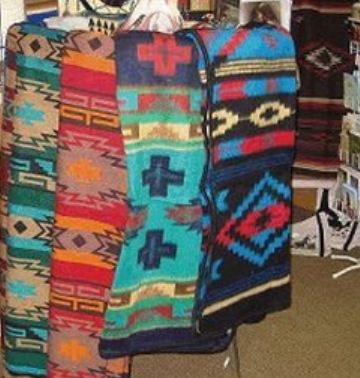 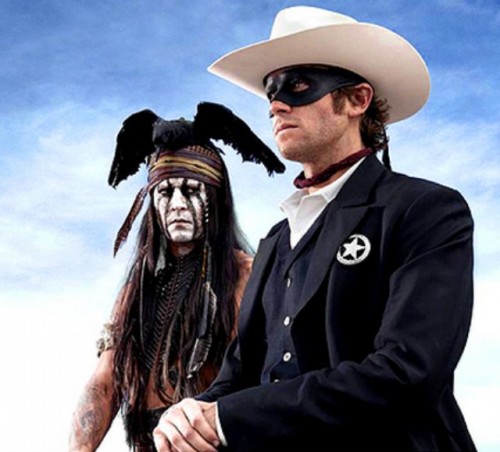