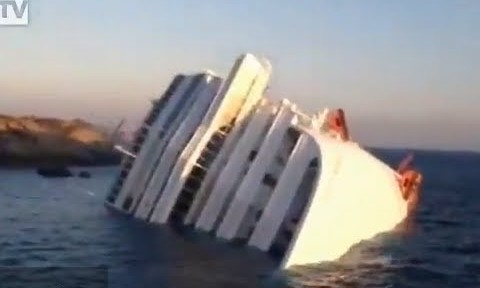 “We heard a loud scraping noise which jolted us, water started flowing in, the lights went out…I felt like I was on the Titanic.”

The 4,200-passenger vacation cruise ship “Costa Concordia” struck a rock in shallow water off of Italy’s western coast, near the Italian island of Giglio on Friday night.

When the ‘over max capacity’ ship scraped against a rock near the coast, it caused the bottom of the ship to tear open like the Titanic did!

After the scraping of the bottom of the boat, the captain moved the ship towards the coast in order to save the passengers, the crew and the ship. 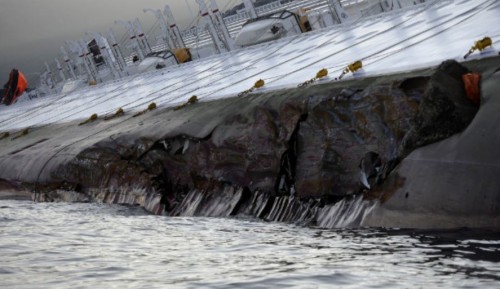 The captain, who was later arrested, did not declare a “Mayday”, and the crew quietly started evacuating people onto life boats. When the crew was in motion saving people, that’s when they officially called for help. 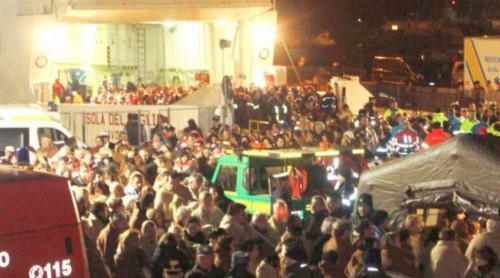 4,231 people were rescued by life boats and helicopters. 3 people are confirmed to be dead, 20 injured, and 50 to 70 people missing.

The captain was arrested late Saturday.